Officially, this was not a mammal photography trip but rather an add-on after a marine expedition looking for the newly described and rarely seen Pacific Nurse Shark. With only two days to chase mammals, I chose to concentrate on two of my favorite groups: primates and bats.

I hired Maurilio Cordero (an excellent local guide) to help me find the primates I was looking for. Rather than enter Manuel Antonio National Park, Maurilio instructed me to drive slowly along the roads near the park entrance while he listened intently for the chirping sounds of Central American Squirrel Monkeys. How he could hear them among the cacophony of bird song is beyond me. Even when we stopped near a large troop, I had trouble picking out their particular notes but he could spot their high pitched squeaks from 100m away.
Once we found a troop, I was glad we were outside the park boundary because we would have been restricted to the trails rather than bushwacking our way through the jungle, and it meant I could use a fill flash which is not permitted in the park.

During the first and second mornings, Maurilio found 4 or maybe 5 different troops. One troop appeared to have at least 30 animals. Each time we heard squirrel monkeys, we parked the car and followed them on foot through the dense jungle as they foraged for food. CASMs move quite quickly and forage over large areas so the hiking was tough but also very rewarding, with numerous close encounters that yielded hundreds of photographs of this beautiful species: Central American Squirrel Monkeys. 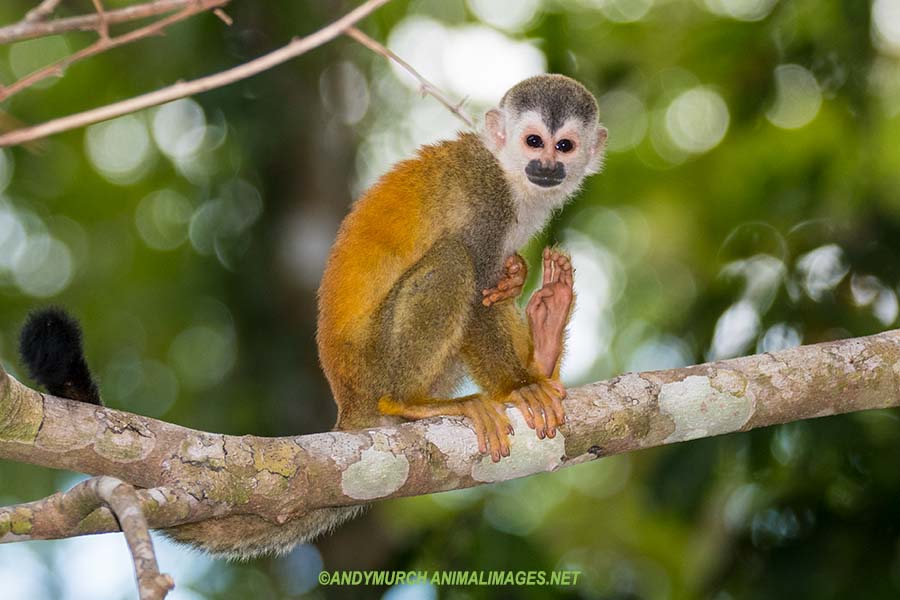 While chasing squirrel monkeys, we also came across a couple of troops of Mantled Howler Monkeys. Mostly they kept quite high in the canopy but now and then one would come a bit lower where I was able to get some decent pics. 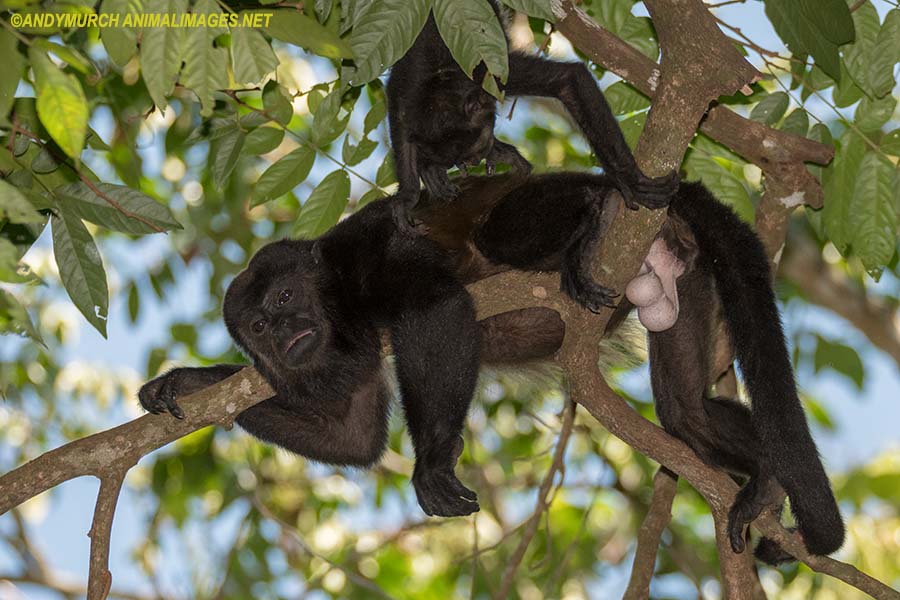 The other species that are readily accessible around Manuel Antonio N.P. are Panamanian White Faced Capuchins. They are not at all shy so it was easy to follow them along the beach and through the mangrove while they stole fruits from nearby plantations or bit the heads off lizards that they pounced on like cats. 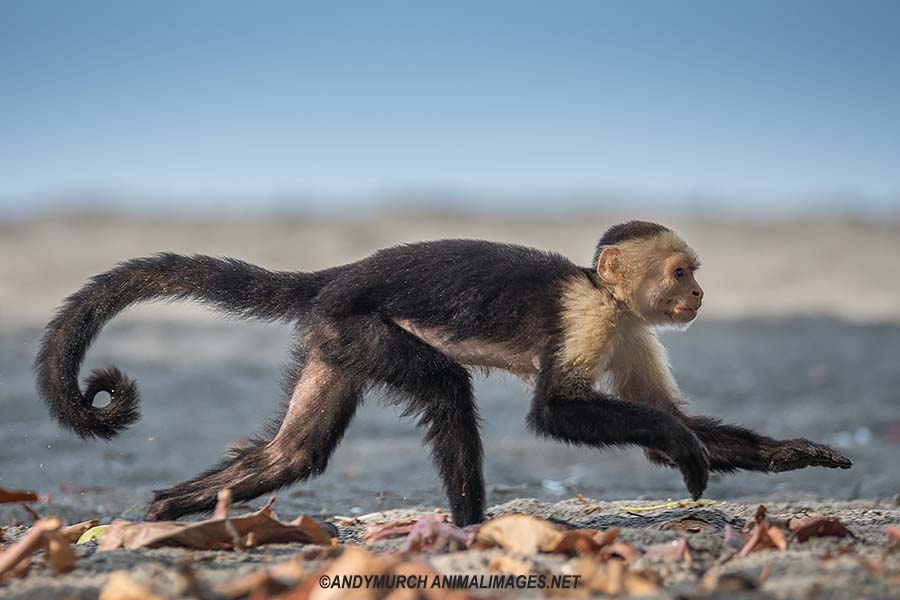 On the second morning, we had hiked up to a jungle covered ridge-line in pursuit of a troop of squirrel monkeys. Some capuchins were working the same patch of forest but I ignored them in favour of their subjectively prettier cousins. Suddenly, a large white-faced capuchin lept onto a branch in front of me with a chick swinging from its teeth. Maurilio told me this was unusual behavior because they usually eat their food on the spot. I once watched an alpha male chimp strutting around with a colobus monkey hanging from his mouth and I wondered if this might be the same type of dominance display. 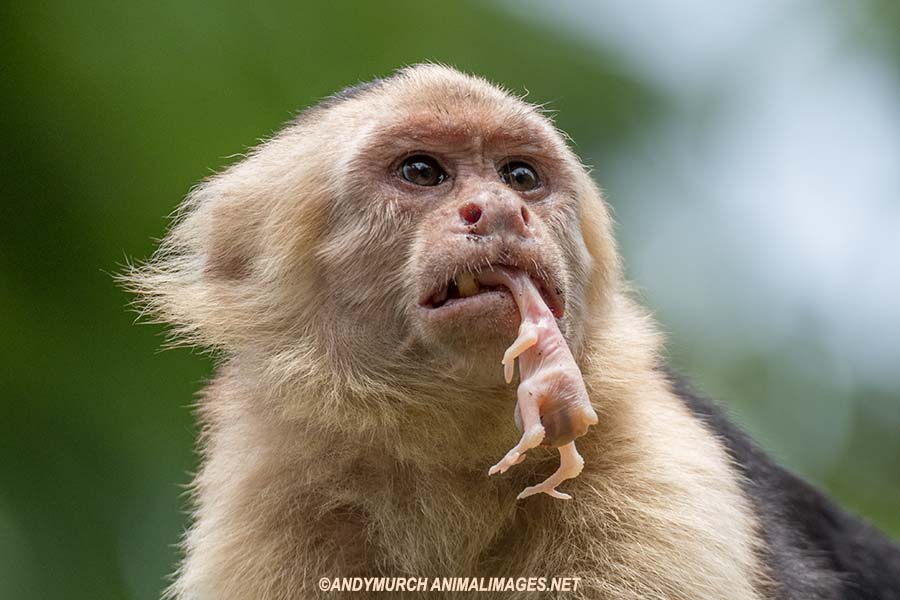 On the afternoon of our second day, we visited a bat cave on a palm plantation near Damas, around 20km from Manuel Antonio N.P.

The cave is on private land but Maurilio was able to arrange permission. It was a challenge to reach the entrance in my little 2WD rental car, but we eventually made it and later returned safely back to the highway in one piece.

At the cave entrance, there were a few Greater White-lined Bats and Lesser Doglike Bats clinging to the walls. 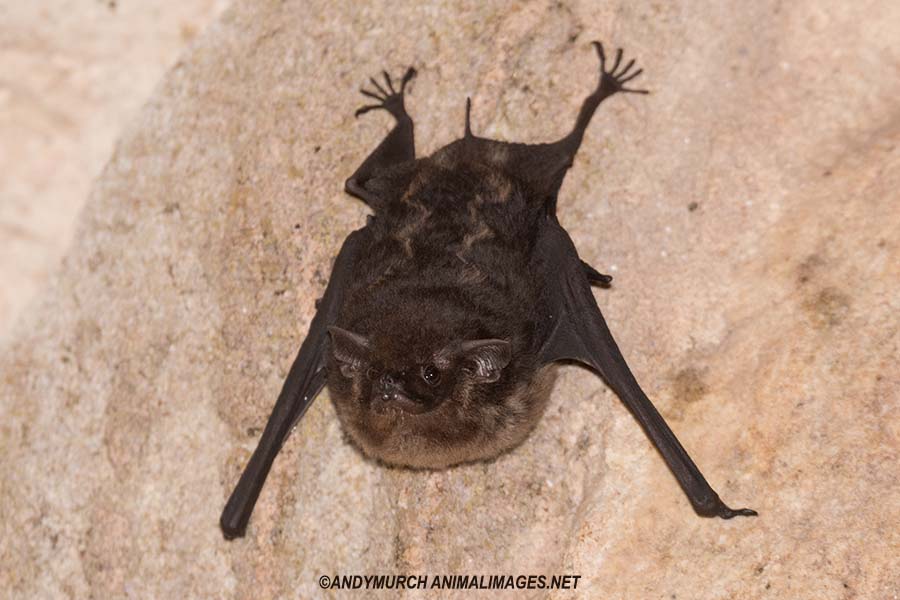 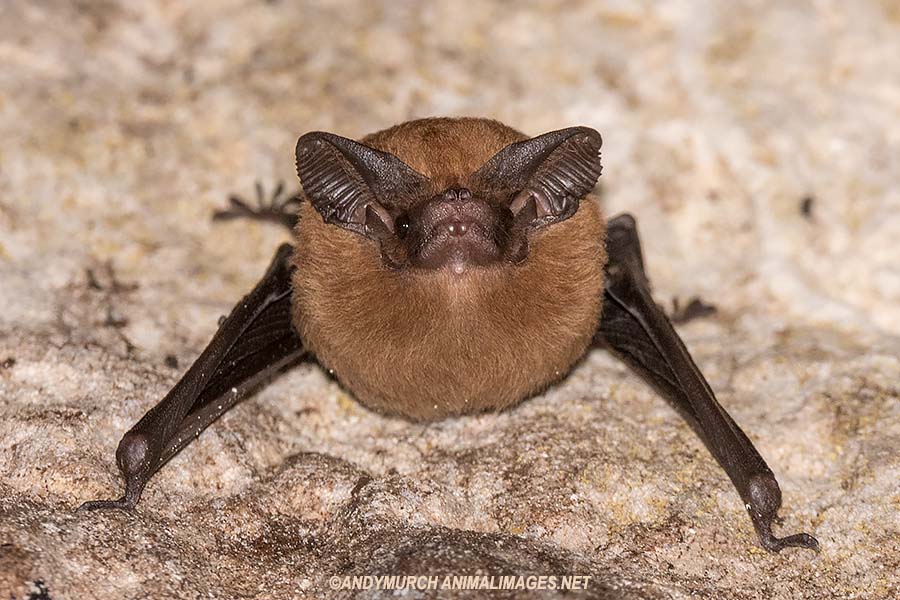 Within the cave, we found a few small colonies of Common Vampire Bats. When I shined my light on them, rather than fly away, they scuttled into the shadows in true vampire form! 🙂 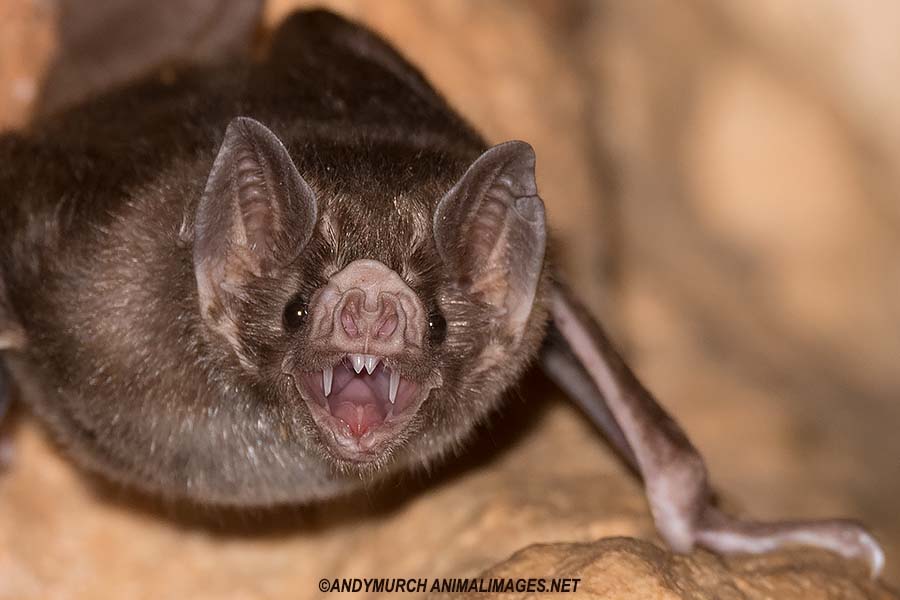 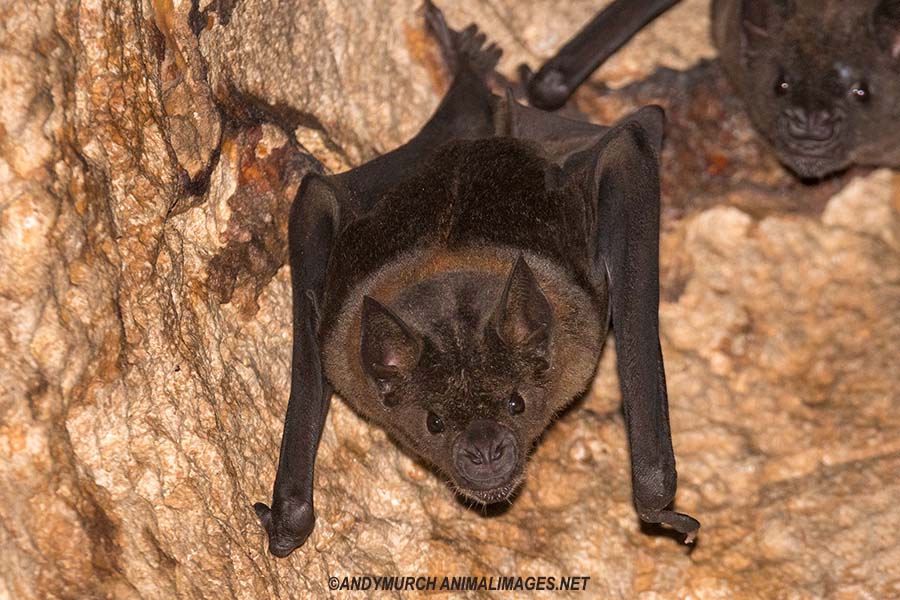 But by far the most abundant bats were one or more species of Carollia. According to Fiona Reid’s excellent field guide to the Mammals of Central America and Southeast Mexico, there are three Carollia species potentially present in this part of Costa Rica:

Fiona does not list C.sowelli as roosting in caves but I considered them in the ID process anyway. Some roosting groups looked quite different from others, so I hoped there were at least two species of Carollia in the cave but definitive identification of the members of this genus is quite difficult. It isn’t possible to identify individual species based on colour, even though colour variants in this cave seem to group together. C.perspicillata in particular can be grey-brown, dull brown, or bright orange and that narrows it down to all of the bats that were present 🙂

If you have a chance to handle the bats to determine the amount of tricoloration in the undercoat, that would be more definitive, but I didn’t try to catch any. So, I was left with analysis of ‘forearm hairiness’. These are the options according to Fiona’s book:

I took a lot of reasonably sharp images so I had plenty of pics to scrutinize. The reddish Carollias had the most obviously hairy forearms, so I am pretty sure they were Seba’s Short-tailed Bats. Some of the grey-brown ones had pinker forearms that looked hairless at first glance. But on closer inspection, almost all had a fine covering of hair to one degree or another. So it comes down to interpretation: Is almost no visible hair the same as naked? Or, is an almost invisible amount of flat-lying hair considered velvety? Or, lightly-haired?

Based on the slight amount of hair and cave habitat, I am listing them all as Seba’s short-tailed bats for now but it is hard to believe that these two animals are the same species. If you know your bats, please let me know what you think: 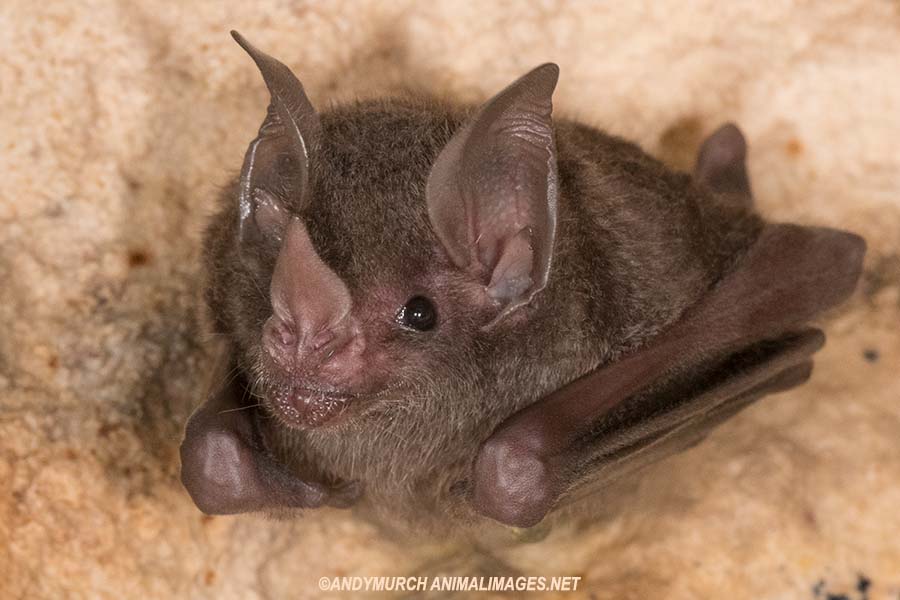 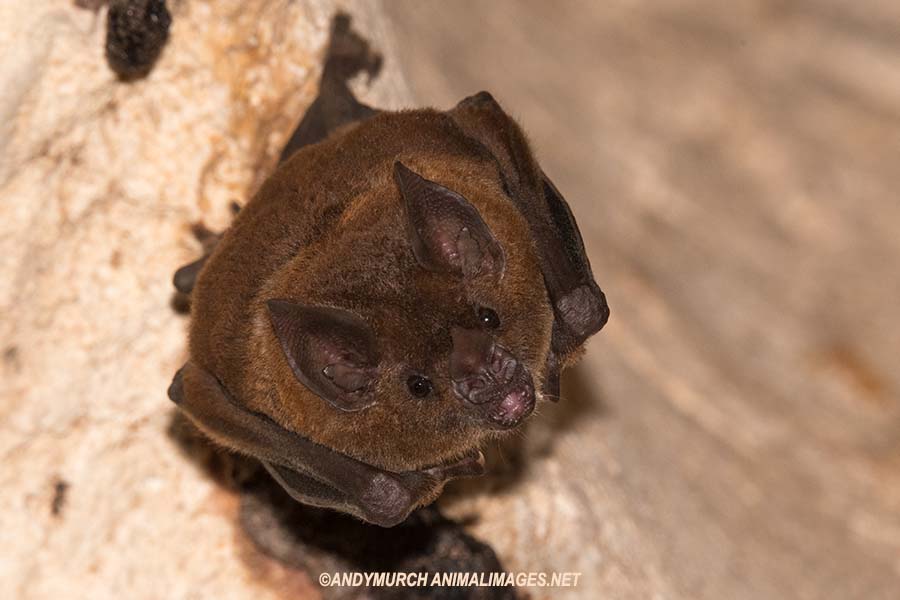 We spotted one Crab-eating Racoon on a side road while we were hightailing it after squirrel monkeys, and a White-nosed Coati while photographing mantled howlers, but I was too absorbed with monkey business to get shots of either species.

While hunting in the mangrove, I did stop watching the capuchins long enough to snap a few images of Central American Agouti, of which we saw 5 in total. 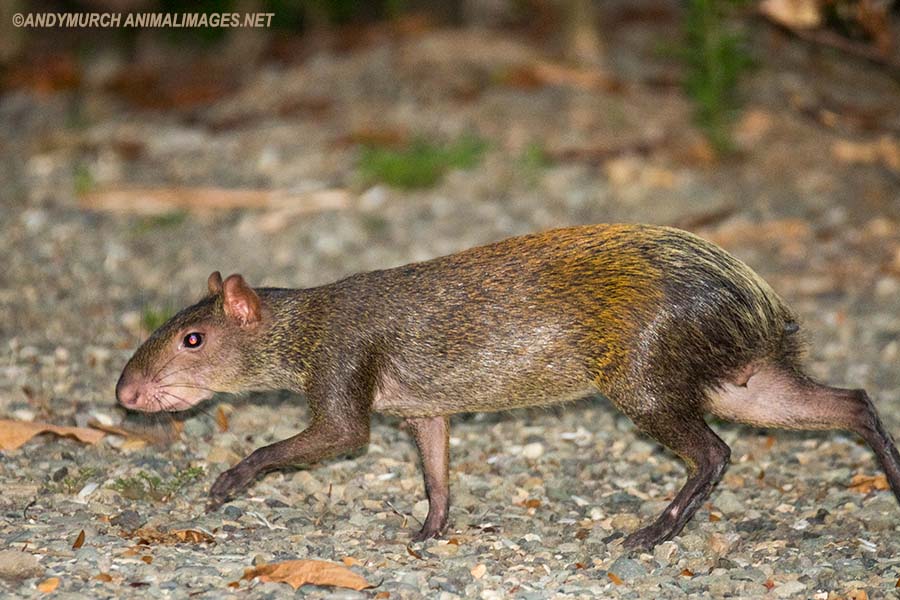 Hoffmann’s Two-toed Sloths and Brown-throated Three-toed Sloths were both relatively abundant when we took the time to look for them. Or rather, when Maurilio looked for them, because apparently I wouldn’t be able to find a sloth if it fell on me. For larger animals, they are extremely good at disappearing into the tangles of vines and twigs that build up in the forks of trees.

We saw 7 or 8 of each species in a single morning. Not bad considering we spent barely any time looking for them. 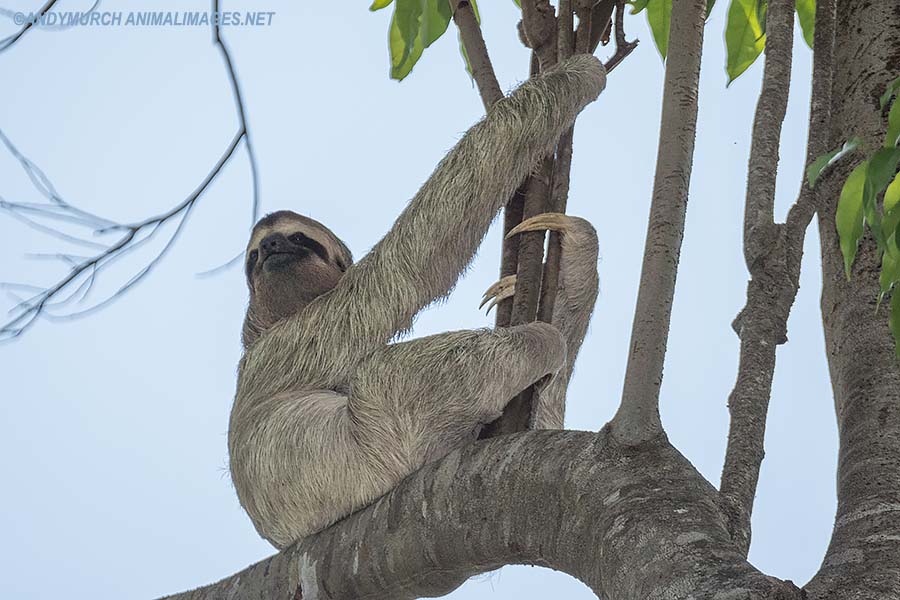 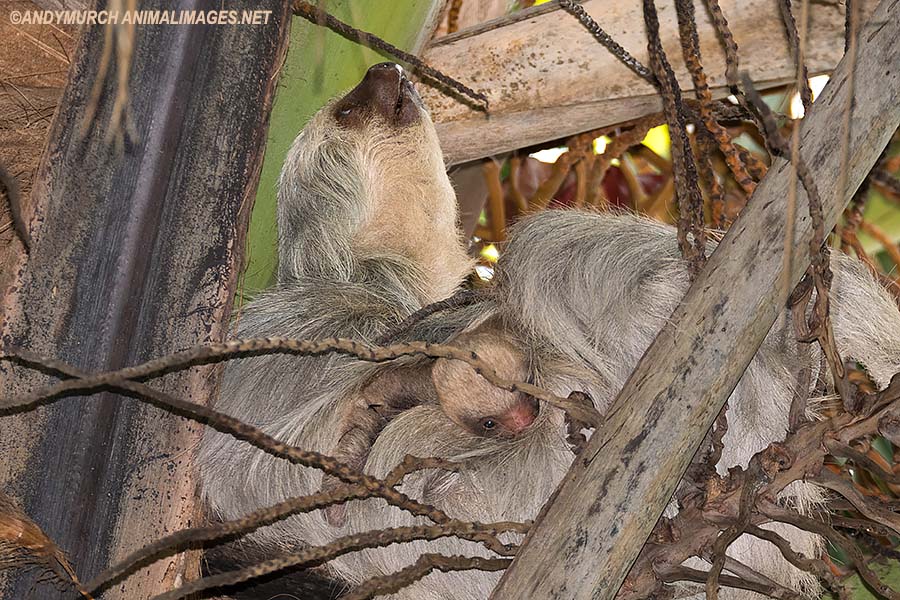 That was pretty much it other than some Variegated Squirrels at our hotel near the airport in San Jose. I would have liked to look for silky anteaters in the mangrove around Manuel Antonio but there was no time. Fortunately, I’ll be back in Costa Rica next year running a scuba-diving expedition with humpback whales so I will have plenty more chances to nail some rarer critters. 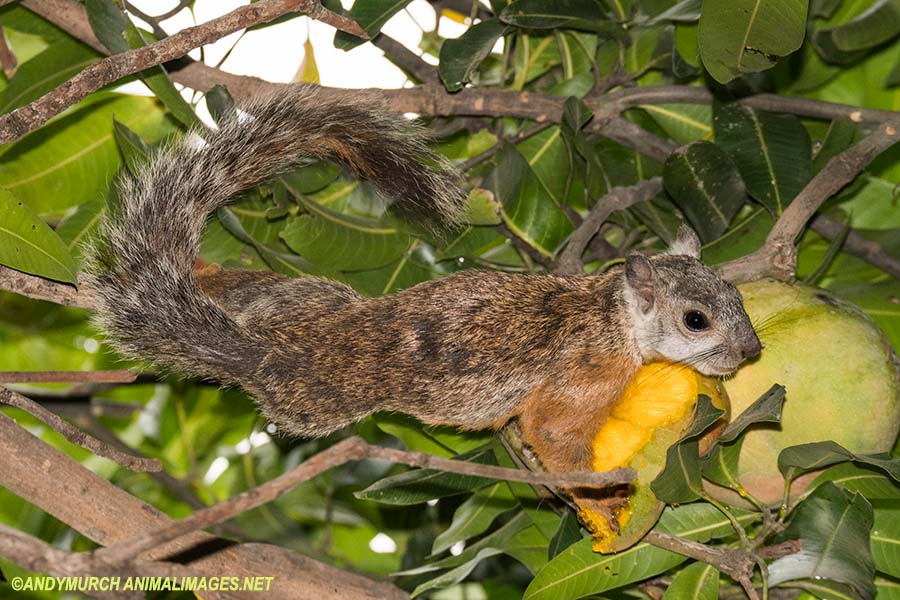